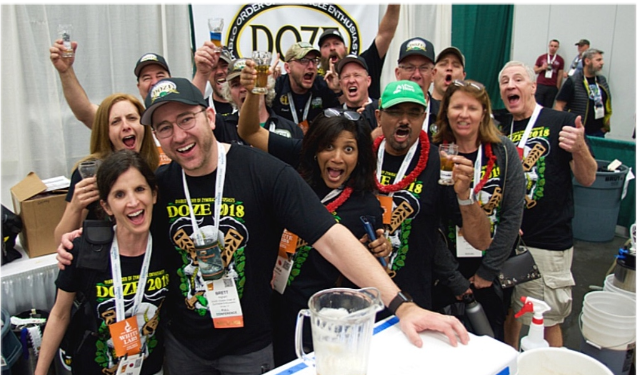 DOZE – The Diablo Order of Zymiracle Enthusiasts
Is a group of guys and gals from California’s Contra Costa, Alameda, and Solano counties –and sometimes even further afield– that gets together to talk about beer and brewing techniques, brew together,  share other aspects of our hobby, and to socialize.

DOZE  is one of the largest and most active clubs in the Bay Area.  We plan events, group brews, and classes, we organize pub crawls and brewery visits, test member’s submissions, and talk about one of our favorite hobbies… often over a beer. Members also volunteer to research and talk about some aspect of brewing, whether it is technique, ingredients, history or equipment.

New members are always welcome! As long as you’re interested in homebrewing beer, cider, perry or mead, you will find a home in DOZE. Our meetings are usually the last non-holiday Monday of each month at Lindsay Wildlife Experience in Walnut Creek.